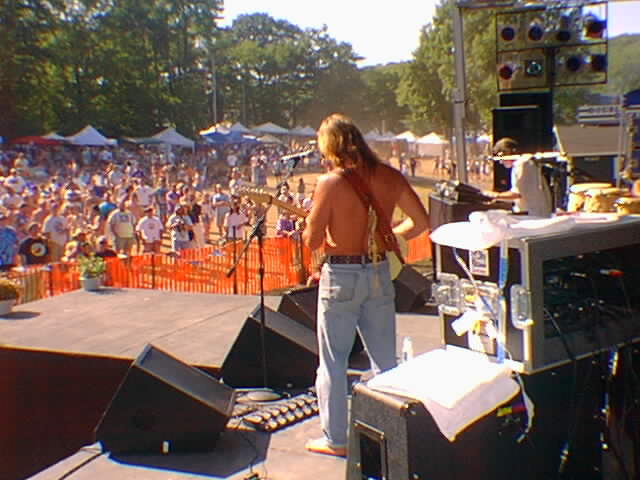 I interviewed Gary Duncan on August 12, 2001, at the Gathering on the Mountain festival, where he performed with his band, Quicksilver. The festival was held at the Big Boulder/ Jack Frost ski resort, near the town of Blakeslee, Pennsylvania, in the Poconos mountains. (see photo at right) 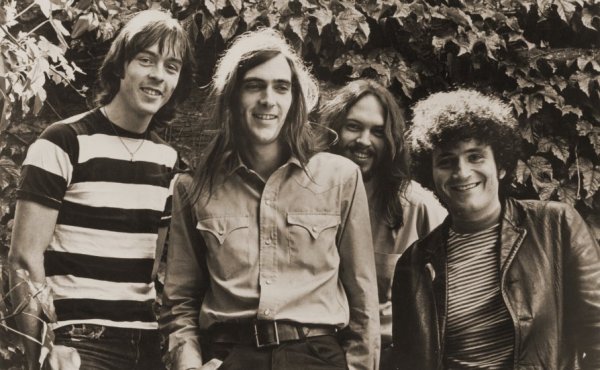 This is the lineup that recorded their first two albums.

The interview has been edited to remove my questions.

I didn’t know any folk stuff at all. Folk music to me was a no-no ! Folk music and surf music was two things, when I was a kid, you didn’t play. Rednecks didn’t like it, they liked country music. Folk music that sounded like country music was okay, but that hootenanny shit, they didn’t like that. I grew up with rednecks so that’s why I was like that. These redneck guys were a bunch of stupid motherfuckers, most of them. Very prejudiced. I wasn’t but that’s where I grew up. If I grew up somewhere else it would have been different. I grew up building hot rods and riding motorcycles and playing electric guitars. With surf music it was the whole wimpy attitude : going to the beach in your little machine. You played country and western or jazz. Rock and roll was even questionable.

When I was growing up, I did not listen to rock and roll, but I listened to a lot of jazz. I never got to play it because nobody wanted to hear it. You couldn’t make any money playing it, so I never played it. And I didn’t listen to guitar players particularly, I listened to horn players. I played the guitar, not ’cause it was an easy instrument to play because it turns out guitar ain’t that easy to play as instruments go. Where I grew up if you played a horn you’se going to be in the school band and that meant you was going to get your ass kicked every day. They was going to whip your ass every day in that little suit walking home from school with that clarinet in your case. So horns was out for me. If you’re going to play an electric guitar, you had to know how to kick people’s ass, because they would be waiting to kick your ass when you came off the stage because they knew their girlfriends thought you was cute. When I grew up, guitar players were bad motherfuckers. Every guitar player I ever met was a nasty son-of-bitch, because you had to be. I had a guy walk up to me one time and punch me straight in the face when I was about 14 years old. I hit him in the back of the head with a Telecaster ; he’s walking with a limp, now. I done him in. You had to fight to play.

I got with the Ratz after I got out of the joint. I’d been in prison for about a year for smoking dope. When I got out, the Beatles had come out and you could not get a gig playing R&B anywhere. You had to be able to strap on an electric guitar : no horns, no B-3 [organ]. I could do that but I didn’t like it. I was with the Ratz and then I got with the Brogues. 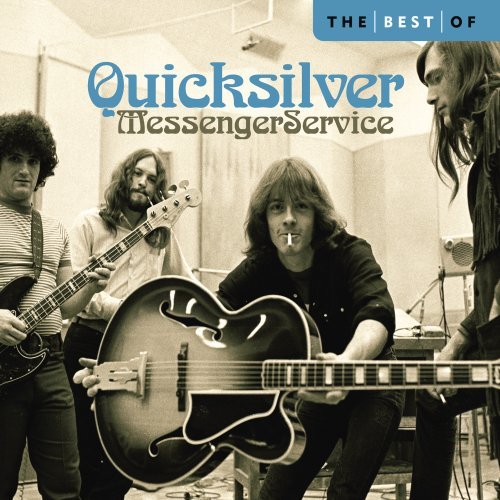 Before the hippies came along, I’d hung out in San Francisco with the beatniks in the beat scene when I was a little guy, because my parents didn’t care if I was gone. I was an orphan and they adopted me and they didn’t know what they was gettin’. Hippie was a derogatory term in the beat generation. Calling you a hippie was an insult. I wasn’t a hippie, I was a guitar player. I wasn’t a hippie any more than Thelonious Monk was a beatnik. He was a piano player that the beatniks listened to. I still don’t like to be called a hippie. I was there making a living. As far as the political views of the time, I wasn’t protesting anything ; I was just there because I was having a good time playin’. Then all of a sudden we got publicity and everybody in San Francisco got a record deal. You automatically got a record deal because you was from there. It didn’t matter if you could play or not.

What we were doing in the Sixties with Quicksilver—I don’t know about any of the other groups because I wasn’t in them—was improvising on all of the tunes that we did. We would find a tune that we liked the beat to or the chord changes to and we would play it and we would improvise on it. So we were essentially playing jazz, that’s what jazz is : improvised music. You find a piece, you play it as it is so the audience can hear the way it goes and then you improvise on it, take them over here, and then you come back to the melody again so they can say “well that was a nice place to go to.” You continually experiment with different ways to go outside : harmonic devices, that’s what John Coltrane called them. There’s a lot of other melodic places to go besides the standard, right-up-the-middle ones.

In Quicksilver we played a lot of old blues and folk tunes and improvised. We had our own arrangements and had open places where we would just wail. ‘Cause we were so stoned all the time anyway, on acid and everything else, that sitting down and just playing one tune for three or four hours was nothin’. That was no big deal whatsoever. At rehearsals we’d sit there and play for seven, eight hours straight, ten hours. We’d play ‘til we’d just fall over and the hands were bleeding. I’d go in the rehearsal place and take a bunch of amphetamine and some LSD and just play for like a day and a half. And end up in the weirdest fucking places, not knowing whether or not if it was actually any good or not, but being there. In those days they didn’t have all the equipment that they’ve got now for guitars. We had to come up with ways to make sounds that now you can just push a button. We came up with feedback sounds and ways to hit the body to get the guitar to do stuff.