Launching the Rockabilly Book in Memphis

In October 1996, for the launch of my book Go Cat Go ! Rockabilly Music And Its Makers, I went to Memphis where The Center For Southern Folklore on Beale Street, along with the publisher (University of Illinois Press), sponsored a book signing. I invited all of the people of the area that I had interviewed and who had assisted me. Several showed up, including rockabilly veterans Eddie Bond, Smoochy Smith, and Malcolm Yelvington, the daughters of the late Marcus Van Story, and David Evans, the blues researcher and author who is a professor at the University of Memphis. He says he’s now researching archaic one-string instruments.

I had not met the Denson brothers before but they were there too. Lee Denson did "New Shoes" on Vik among others, and (I found out) was Jesse James on Kent. His older brother Jimmy is 69 and, by his own admission, "has broken more jaws than any man in Memphis." He wrote "The South Will Rise Again." They both grew up with Elvis, and Jimmy has a long line of talk that includes stories of how pitiful Elvis was as a boy, holding his mama’s hand and walking behind her with his eyes on the ground, and how Dewey Phillips turned him into a drug addict. Both Densons are promoting Elvis Presley Jr., the illegitimate son, now 36. The tape sounded pretty good on a brief listen.

Earlier I spoke on the phone to Sonny Burgess and Roland Janes, and left invitation messages with Sam Phillips, Stan Kesler, Billy Lee Riley. I found out Al Hopson had died a while back and could not get a hold of Johnny Black.

The Center had veteran blues musicians to provide entertainment. They were Mose Vinson, looking ancient but still charming and playing blues piano (worked and recorded at Sun), Big Lucky Carter on guitar (soon to leave for gigs in Germany ; he has recorded for the Hi label), William "Boogie Man" Hubbard on keyboard (he has played or associated with Memphis Minnie, Memphis Slim, and Professor Longhair), and Melvin Lee on electric bass (he has played with Brewsteraires, Prince Gabe and the Millionaires). They played a great mix of blues and a couple of rock ’n’ roll tunes.

I borrowed Lucky’s guitar and traded verses of "Gal Named Jo" with Malcolm Yelvington, and I also played and sang several tunes, among them Charlie Rich’s "Breakup," and Warren Smith’s "Uranium Rock" and "So Long I’m Gone" (Orbison composition). Smoochy joined in on piano and also sang a few including "Drinkin’ Wine Spo-Dee-O-Dee." Lots of people wandered in and out, either from the publicity (newspaper review, TV) or just from seeing the music through the window or hearing it from the speaker outside.

I had not been in Memphis for over a decade and was amazed to see that Beale Street is now a kind of music theme park. Lots of live music (James Harmon was playing B.B. King’s club across the street from us), streets blocked off, beer sold on the street, records blasting out of souvenir shops, a soul band complete with B-3 organ playing for tips in Handy Park. 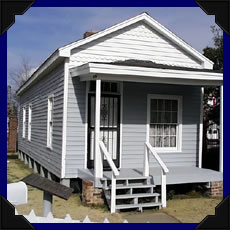 In the next two days I visited people at their homes who were not able to come to the launch to say hello again and give them a copy of the book. Charlie Feathers is in poor health ; a cancerous lung was removed a few years ago. He is as lovable and as crusty as ever. When he was called for the invitation to the launch, he said he was "not coming because the people in the book were bogus. Who is in the book ?" When I saw him, he wished me well on the book but said he "couldn’t get behind it" cause it had so many people in it who were not rockabilly : Eddie Bond, Dave Travis, Ray Campi, Carl Perkins. They do rock he says. I think the only ones who do rockabilly in his eyes are he and Elvis.

Doug Poindexter broke a hip a few months ago and for now is getting around with a cane. At Glenn Honeycutt’s we each took a turn at the piano. He said his proudest achievement in music was having a couple of his hymns printed in a hymnal, so I asked him to play one. Instead he did "Whispering Hope" and "Just A Closer Walk With Thee." My parents were with me, by sheer good timing having been in the area though we live at opposite ends of Canada, and my mom sang harmony.

At Paul Burlison’s he played me six tracks from an album to be released under his name in February, with Scotty Moore, the Band, Jeff Beck, Keith Richards, Rocky and Billy Burnette. It’s fabulous ! He was leaving soon to England to do gigs with Rocky. We passed his new 3-pickup Telecaster back and forth while playing along with the tape.

Cordell Jackson, still in the same house that served as her Moon label recording studio, got her acoustic guitar out to "wang dang" us a few new tunes, then she said "now can I sing out about Jesus ?" And so she did, and it included the line "devil get out." Jim Dickinson and J.M. Van Eaton were unavailable, and Tony Austin too far away in Jackson, Tennessee so I forwarded their copies.

I visited the Memphis Music and Blues Museum, which is full of amazing items like instruments, posters, clothes, old contracts, and photos. I saw Gus Cannon’s banjo ; the whole one-man-band setup of Dr. Ross (guitar, harmonica, drums) ; Rev. Robert Wilkins’ Gibson acoustic guitar with a pickup and his Gibson amp and a neatly typed repertoire list and his family Bible (the Rolling Stones did his song "Prodigal Son" on their Beggar’s Banquet album) ; fifes made by Napoleon Strickland (to make a fife, a piece of cane is hollowed out by a fire-heated iron rod- these are played by the North Mississippi fife and drum bands at rural barbecues) ; guitars that had belonged to Memphis Minnie and Howlin’ Wolf ; Furry Lewis’s shoe shine box ; and Bobby "Blue" Bland’s red tuxedo. They also displayed grim reminders of slavery, including shackles and notices for the sale of slaves as late as 1860 in Savannah, Georgia. There were photos of Beale Street and old products like Chill Tonic Swamp Root (a cough syrup made from white pine tar) ; cocaine hydro chlorate and glyco-heroin ("1/2 grain to fluid ounce") issued in clear glass bottles by "James S. Robinson, apothecary, Masonic Temple, Memphis, Tennessee" ; Aunt Sally’s Policy Player’s Dream Book ; and, displayed next to switchblades, were leather bell-shaped dice shakers for crap shooting—they were known as a "Hadden Horn" after Judge Hadden in the late 1800s, and intended to reduce the number of casualties by keeping things honest. Someone should do a rockabilly photo book- I saw a great many I had never seen before at there and other places like the Sun Studio and the Center For Southern Folklore. 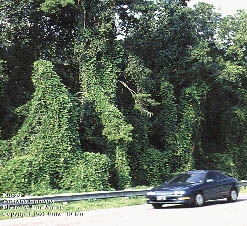 One evening we drove down winding, spooky Mississippi back roads where the smoke from dimly seen fires in the woods hovers over trees covered in kudzu vines. It’s pretty rural, but not long after you pass the closed gas station with the pawn shop on the other side of the road, you get to the Chatterbox ("Friday night at the Chatterbox, Saturday and Sunday everybody rocks" sings Moon Mullican in "Seven Nights To Rock"). It’s a catfish restaurant. There is catfish in the pond beside it, the food is fabulous, and the great southern-hospitality waitresses have big hair and incredibly thick accents : "I will" sounds like "aah wee-yill."

I even won $77 at one of the many casinos in Tunica County, Mississippi, a short drive from Memphis. The law allowed gambling about 4 years ago and now it’s a really big deal. Some have entertainment and I saw ads for the Kitty Wells Show, Jerry Lee Lewis, the Neville Brothers, and Jason D. Williams. In all, it was a short but exciting and gratifying trip.

Not long after, back home in Montreal, my band-Craig Morrison and the Momentz-in rockabilly trio formation (me on vocals and guitar, plus upright bass and drums) played for the book launch in a downtown bookstore. They put us in the front window on Montreal’s busiest street on a Saturday night and people came in off the street in droves. Give them a chance to hear rockabilly and people respond with enthusiasm.