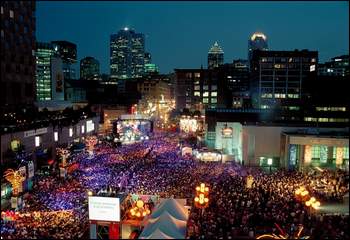 During the summer Montreal comes alive, and its reputation as a "City of Festivals" is well-earned.

The course will draw from various disciplines, such as history, sociology, anthropology, tourism and leisure studies, as well as postmodern theory.

Guest speakers who are festival organizers will share their personal experiences.

We usually get some free tickets to festival events, and one of the assignments will be a report on a festival you attend.

The course pack, available at the bookstore, is required reading and will provide background for some lectures and serve as an essential foundation of the group presentations and the exam. 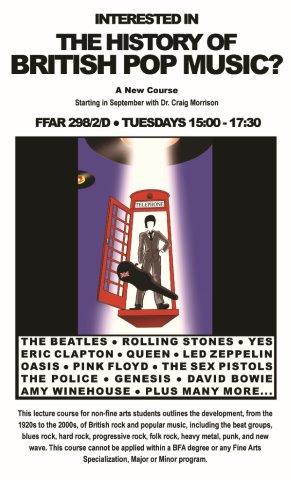 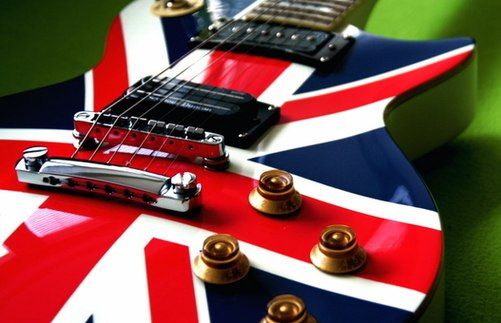 This course outlines the development, from the 1920s to the 2000s, of British rock and popular music, including the beat groups, blues rock, hard rock, progressive rock, folk rock, heavy metal, punk, and new wave.

You will hear music by : 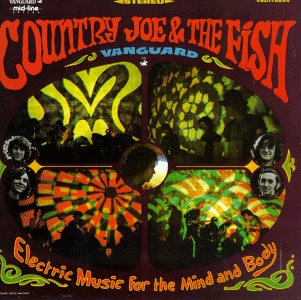 Beginning in the mid-1960s, San Francisco psychedelic music, along with the hippie subculture that produced it, spread throughout North America and internationally, especially Great Britain.

This course for non-Fine Arts students explores the development of this extraordinary style, its anti-establishment position and mind-expanding mandate (inspired by drugs and Eastern spirituality), and its connections to folk, blues, jazz, rhythm & blues, pop, classical, and ethnic music.

Psychedelia’s links with art, film, literature, and its impact on later styles will also be assessed.

You will hear music by 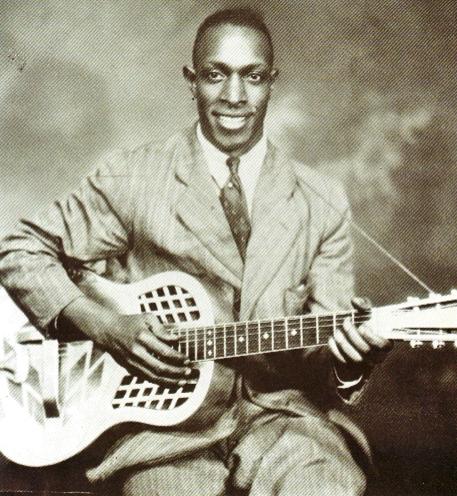 This lecture course for non-fine art students is an overview of how black musical styles, as they evolved in the United States, affected music in Canada. 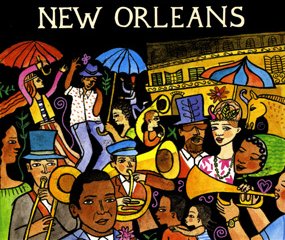 In the rise of popular music in the 20th century, many cities nurtured talent and developed signature styles. New Orleans is famous for jazz, Memphis for blues, rock and roll, and soul, and Nashville for country. Detroit had the Motown label, Chicago its electric blues, and New York its pop music. Montreal had elements of all of them.

This course will explore the contributions of each of these cities, surveying the music that made them notable and other sounds lesser known.

Rock and Roll and Its Roots MUSI 221 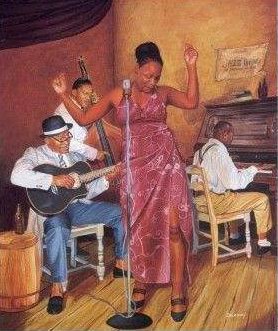 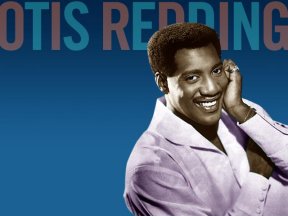 ALL THE CITY’S A FESTIVAL by Karen Herland

Shakespeare believed that the world was a stage, but Montrealers know that summertime here is a festival. From the Fringe in springtime to the World Film Festival as the days grow shorter, with stops for Carifete, laughs, jazz, fireworks, beer and les Nuits des Afriques you could get festive almost every day of the season. Meanwhile, the Highlights festival offers the opportunity to gather and celebrate during the shortest/coldest days of winter.

Given the gusto with which we throw ourselves into the festivities, you have to wonder if there is not something more than an excuse for a party going on. 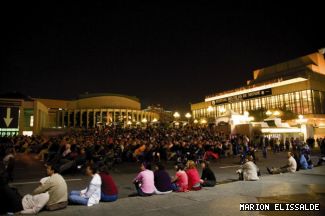 Montrealers had plenty of opportunity to get festive over the last few months.

Anita Grants thought that the Fine Arts FFAR series of courses (Fine Arts courses not intended for Fine Arts majors) might be a good place to explore the concept further. Many of the courses under this rubric explore aspects of popular culture from an interdisciplinary perspective. So she conceived a course called Montreal’s Festival Culture.

Offering the course in the summertime made perfect sense. “There’s so much going on for free in the summer, there’s culture all around,” Grants said. Having been responsible for the FFAR program for many years, she knows that students from diverse fields take the courses. “If just one person in each course goes somewhere they have never been before, and then goes back once the course is done, well, then we’ve done what we set out to do,” Grants said.

Having Craig Morrison teach its inaugural term was also a logical move.

As an ethnomusicologist, with both classical education and a long-time career teaching courses in jazz, rock and, as of this term, the Beatles, Morrison has been exploring the scope and impact of musical styles and subcultures in the classroom, and on the stage, for decades. He earned his PhD here in the interdisciplinary Humanities program.

The festival course provided an opportunity to bring together concepts from history and sociology, leisure studies and postmodern theory.

Traditionally, feasts were an opportunity to mark change, in season or in circumstance - the harvest or a wedding, for example. Festivals developed from that concept, but have grown to encompass much more. “They are helping people to cope with changes, but the are also linked to the postmodern concept of placelessness,” Morrison said. For a designated period of time, in a designated part of town, people can gather with a common interest and sense of identity.

“This temporary place can also represent an image of a place,” Morrison added. Even if our Jazz festival is not quintessentially Montreal, people associate the celebration with the locale and feel that in visiting the annual carnival, they are closer to the local culture and people.

The commercial angle is becoming increasingly prominent, and not just in terms of what food is allowed on site, or the sky-rocketing price of ‘official’ t-shirts and memorabilia. Folk festivals might have once represented an opportunity to form a collective counter-culture, but now corporate and government funds both help shape the events and determine who gets invited to the party.

Students in the course were able to view film footage of classic festivals and meet organizers of current events. Morrison also was able to get tickets for the students to a few official events. [The Jazz Festival and the Just For Laughs Festival]

ROCK AROUND THE CLASSROOM published in The McGill Reporter, February 10, 2000

Every Tuesday and Thursday afternoon, 300 students tap, rock or sway to the sounds, images and stories of those who made rock ’n’ roll.

They’re enrolled in a course titled "Popular Music After 1945" that takes students - non-music students only - from the rhythm and blues of the 1940s, through the era of rockabilly, and on to the British invasion, Motown, the folk revival, psychedelic, punk and so on.

On this particular Tuesday, Fats Domino’s rendition of "Blueberry Hill" is playing as the students shuffle into the amphitheatre. The theme of the lecture is "New Orleans and Chicago Rhythm & Blues."

The teacher, Craig Morrison, is a rockabilly - think Elvis, Jerry Lee Lewis and the contemporary Stray Cats - expert, and the author of Go Cat Go, a history of rockabilly, which serves as one of the course texts.

The other textbook used is Rockin’ in Time, a social history of rock ’n’ roll. Besides reading, students are also required to know 200 songs that Morrison has collected on audiotape. "Any one of them can show up on the exam," he notes.

Developing a critical ear for the post-war styles is part of the course and students are required to write a "concert report" on one of three musical events : Hillbilly Night, held every Monday in NDG, Blues Night at CafÃ© Campus or the recent concert of the Momentz, Morrison’s own band. "They can write anything they want on me because I won’t be marking it," he hastens to add.

Morrison is a hands-on teacher, illustrating rhythms on the piano or guitar. He also gets the students to participate with their feet, hands or voices, the latter being the most challenging. "If you want to make modern people giggle, make them sing," he says. On this day, Morrison has them beat out the rhythm of the straight beat, as in Marvin Gaye’s "I Heard It Through the Grapevine," versus swing, as in Little Richard’s "Tutti Frutti."